I’m going to have to re-watch the first one, as I thought I had posted a review for it, but it came out the same year I started this blog.

I can tell you I remember the lush green glade, and those things in the maze as well as a scene after.

I don’t remember hearing or seeing anything about solar flares while watching it the 2nd time. They are taken to what is supposed to be a way station, where some never leave. There’s  also some things in cylindrical tanks that remind me of a nautilus.

There’s some zombie like people but movie too fast to be zombies, but I have yet to hear what the virus in this is called. Its sort of seems like the rage virus of 28 days later.

There’s nothing really in it that is memorable like the maze and ‘glade’ of the first movie. All I remember is that guy that plays little finger from Game of Thrones. Does he play an ass in everything he’s in? (Not sure if you’d call him that in King Arthur: Legend of the Sword  but maybe more a ‘donkey’ ass  (a minor side version compared to his character in this, and as for his GOT character he’s a manipulative one so that would be the in-between version of these two)

The only thing really memorable to me (right now) is that the person who found a way to delay the ‘virus’ well let’s just say it kills a bit of hope for a possible cure.  I Haven’t read the books, but I’d hope there’s something better in this book than the movie, which as I said in the first review seemed like filler. The only semi-memorable part was the storm coming in, but then again was watching this while we were having a rainstorm which was thunder and lightning, but now way as spooky and as scary as this one.But I do love when something I’m watching and life sort of coincide. 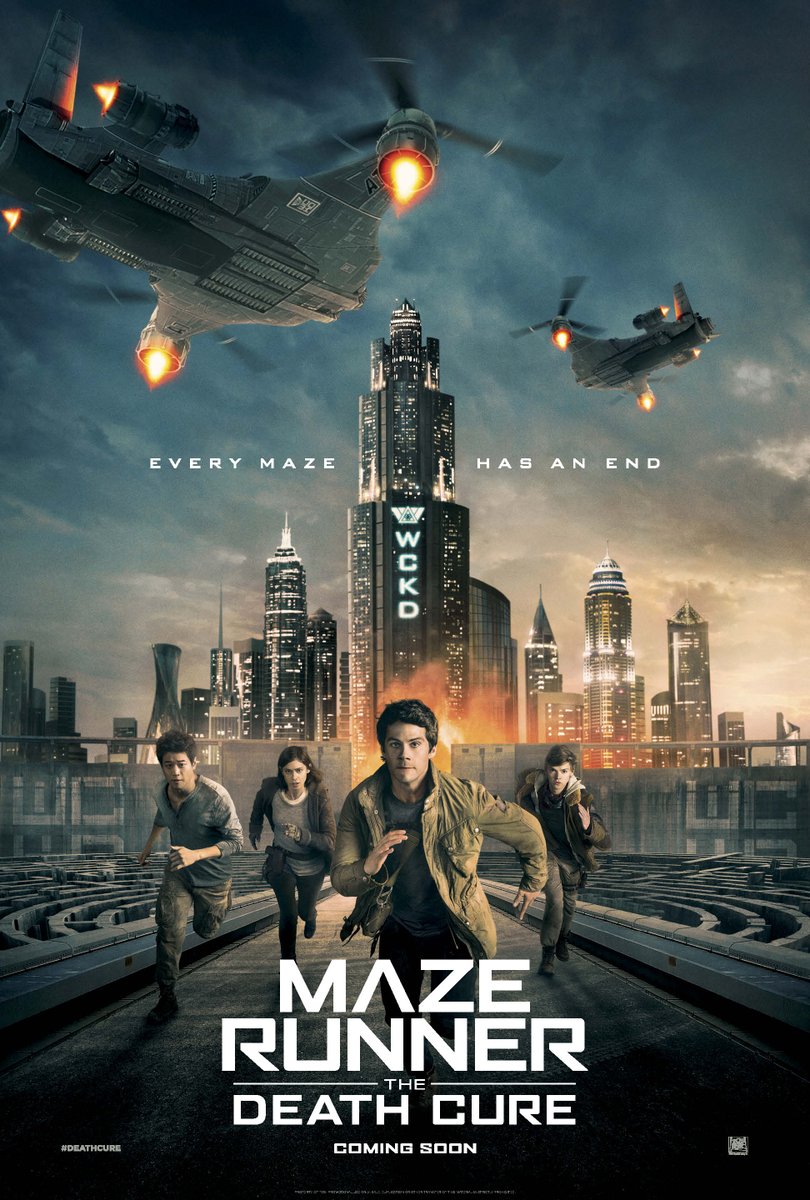 Soo much better than that sophomore slump in the scorch.

They’ve got one last chance to find a cure for the ‘flare’ pandemic. They call those without immunity to it cranks (yeah I guess they do look like drug addicts in a way)

Thomas employs a daring strategy in the face-off against Wckd (Wicked) the organization doing the experiments for a cure.

Meanwhile, Brenda is still doing well on that concoction made from Thomas’ blood, no side effects and so far has not needed a booster.

I think this has plenty of elements to interest all genre fans.

For fans of the first movie, there’s a surprise appearance, that even I was surprised as once I saw I remembered what happened to them in one of the previous movies.

I very much enjoyed one ‘stunt’ toward the end of the movie. I’ll just say Bus + Giant Crane = awesome!