I’ve always wanted to do one of those murder mystery dinners or weekends. There’s even games I’ve seen on Amazon. Sadly until I find a way to get my own… I’ll just have to enjoy the movie versions.

Adam Sandler’s character Nick Spitz has yet again failed another exam to become a detective. Its his and Wifey Audrey’s wedding anniversary and she’s not happy after a dinner with friends.

Audrey loves a good mystery or crime novel and enjoys trying to figure them out herself. Together they sleuth it up to in the adventurous mystery, while they are being framed.

Skip ahead a bit and enter Luke Evans 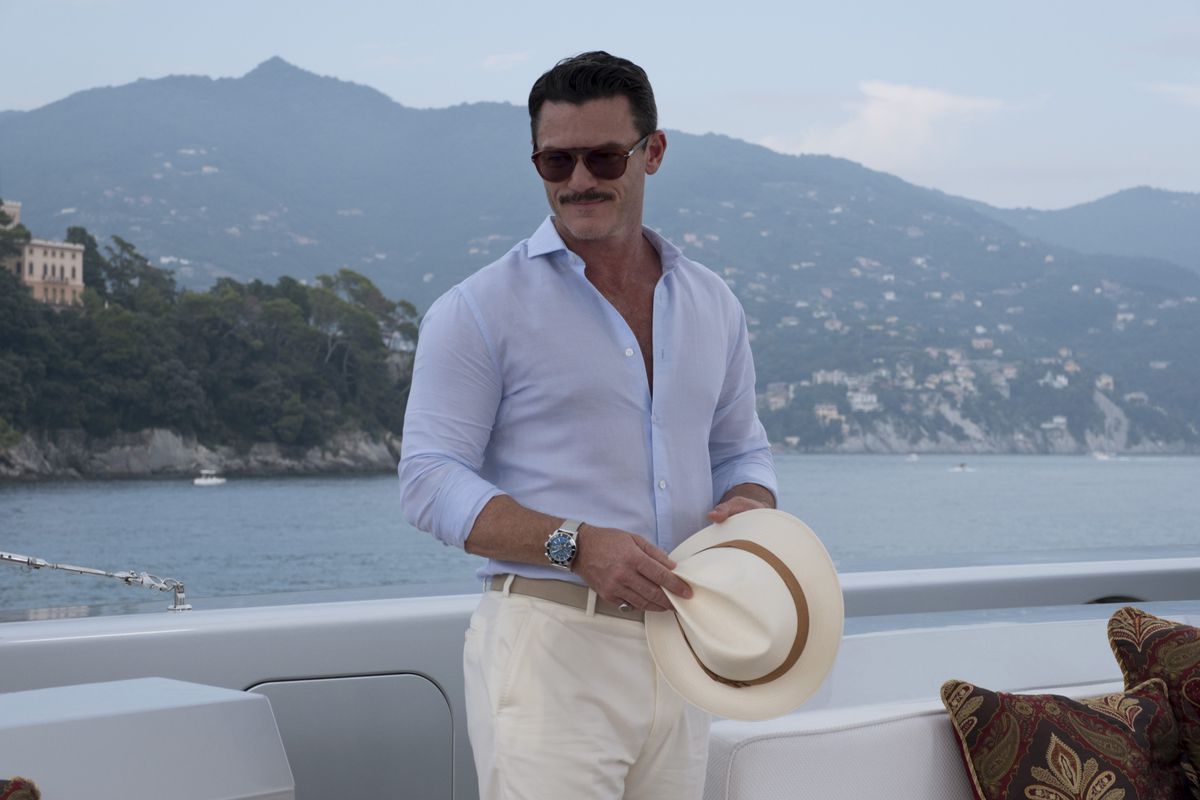 Charles Cavendish a handsome charming viscount of a dish he is. He invites them on the yacht he will be meeting with (I think it was) an Uncle which surprisingly doesn’t just turn out to be a get together for friends or family. Its to reveal those, in attendance, what they will inherit. I don’t know what made me think he was going to play a villain in this (maybe it was a quote he posted on his twitter feed, which I will include later) or maybe it was that mustache.

Audrey is having a blast trying to figure out the mystery. There’s one part I remember they are in a little I think Italian village in some ‘corner’ near a shop. Just not sure if that was before or after this next note.

It picks up more in the last half hour including (a spoiler of sorts) a Magnum P.I. gag

They could have used certain starring actors more or at least in better ways. Some of  the character personalities are very thing but then this story only happens over a few days (or weeks).

I wasn’t disappointed in it, I might even be willing to watch it again if I ever can forget who did it.

as I mentioned Luke Evans tweeted something that must have been said about him in an article and I always LOVED Luke when he plays a villain, like in No one Lives and Fast & Furious 6.  Not sure what it is, but I like the Villain or anti-hero (Dracula) side of his acting best I think.

“Evans has gotten so good at playing mannered crooks that whenever he appears onscreen, there’s a SMELL-O-Vision waft of Cologne and Vermouth.”

Anyway I hope you will enjoy this as much as I did. I’d say definitely better than just a C but not sure if a B or B+

One response to “Murder Mystery”